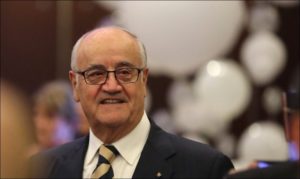 Attorney General of Canada counsel Victor J. Paolone apparently wasn’t happy with Julian Fantino filing an appeal in the case of Fantino’s application to intervene in the Best – Shaughnessy CJC matter. On January 24, 2018, over a month after the court accepted Fantino’s appeal notice, Paolone requested a case conference call with Madam prothonotary Aylen of the Federal Court of Canada – NOT the Federal Court of Appeal where Fantino had filed his case.

Paolone sent a letter to the other counsel saying he would write to the court to request a case conference call.

‘The Court’ … Paolone didn’t tell the other lawyers that he wasn’t writing to the Federal Court of Appeal where the case was now on file. He didn’t mention that he intended to try and get Prothonotary Aylen of Federal Court of Canada to hold the conference – even though that court was finished with the case.

What a slick move by Attorney General of Canada counsel Victor Paolone. Not quite in the ‘dirty tricks’ manual… but not the move of an upfront guy either!

So how did Paolone’s slick move work out? Ha! The Federal Court of Canada delivered the following rebuke…

“The Court is in receipt of a letter from the Attorney General seeking a case management conference in order to obtain direction from the Court as to the appropriate venue in which Mr. Fantino should pursue his appeal. The Court does not provide parties with legal advice. Moreover, there are currently no proceedings before this Court. Accordingly, the Court declines the Attorney General’s request for a case management conference.”

Both the Attorney General of Canada and Justice J. Bryan Shaughnessy filed notice that they intend to fight Julian Fantino’s appeal and application to intervene in the judicial review of the Canadian Judicial Council’s summary dismissal of a complaint against Justice Shaughnessy.

One can understand how Justice Shaughnessy would be terrified of Fantino’s sworn testimony as it exposes the truth about Shaughnessy’s behaviour which several senior lawyers and a retired Crown Attorney have called “despotic”, “disgusting”, “reprehensible”, “malicious” and “worthy of his removal from the bench.”

“It is not the rogue acts of a handful of judges that undermine our justice system, it is the cover-ups that do the most damage to the public’s trust and confidence in our courts.”

The real puzzler is why the Attorney General of Canada should be siding with a judge whose ‘disgusting’ misconduct is proven by irrefutable evidence straight from the official court record and transcripts. One would hope that the Attorney General of Canada would have the broader interests of Canadians and the integrity of the justice system in mind…

But… perhaps Victor Palone and the Attorney General of Canada believe that it’s all about protecting fellow club members when possible – and the public trust and rule of law be damned. 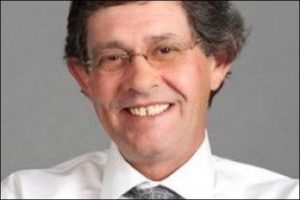 Fantino then filed an appeal of the rejection, to be heard on November 20, 2017 prior to the Judicial Review – however on Thursday afternoon, November 16, 2017, effectively one business day prior to the court date, Justice Keith M. Boswell issued an order that Mr. Fantino’s appeal would not be heard and would be scheduled for General Sittings. But – the Judicial Review would go ahead anyway without Mr. Fantino’s intervention or waiting for another court to hear his appeal.

Justice Boswell constructively dismissed Julian Fantino’s appeal – so Fantino’s lawyer, Bill McKenzie, filed an appeal which has yet to be scheduled. You can read Fantino’s notice of appeal here.

Here are some of the recent documents filed in the case…

Notice to readers, including Persons and Entities mentoned in articles

As always, if anyone disagrees with anything published at DonaldBest.CA or wishes to provide a public response or comment, please contact me at info@donaldbest.ca and I will publish your writing with equal prominence. Comments left on articles are moderated about once a day. Or, of course, you can sue me and serve my lawyer Paul Slansky. You can find Mr. Slansky’s information here.

Photos have been included to put context to the article. Their use is the same as with other Canadian news outlets.

Readers are also encouraged to thoroughly study all the evidence available here at DonaldBest.CA, to perform independent research on the Internet and elsewhere, to consider all sides and to make up their own minds as to the events reported on DonaldBest.CA.